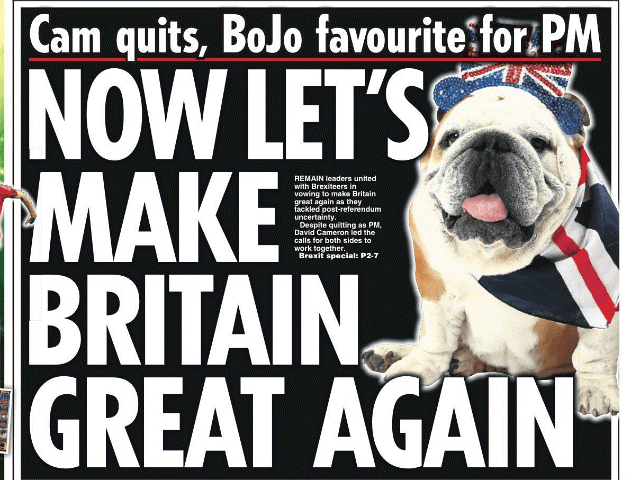 The long-awaited speech by British PM Theresa May has been watched and commented upon around the world. Its keypoints were not surprising, but their delivery did sound paradoxical at moments.

May announced the incompatibility of her agenda with membership of the European Single Market, but in the same breath insisted on ‘bold, ambitious and comprehensive deals’ with the EU. She indicated that an exit from the European Court of Justice was imminent and some cherrypicking in the Customs Union most likely (not willing to pay 10% extra tariffs). She tried to console Scotland, Wales and Northern Ireland, but unsuccessfully so, since within the hour the Scottish PM issued a statement not to be in agreement. Mrs. May attempted to put to rest any anxieties of the other European by underscoring that ‘it is not in Britain’s interest if the EU would unravel’. The speech’s refrain was ‘trade, trade, trade’ and global glory. It abounded in references to ‘making Great Britain great again, recovering its role as an open, global trade nation’, albeit with borders hypercontrolled. The PM’s speech was rich in visions of ambitious deals with friends old and new, but without an inkling of how exactly such deals would be negotiated.

In short, the fog, which had surrounded the Brexit speculations since June 2016 was lifted a little, but not fully. The ‘how-to-Brexit’ question remained unresolved, most likely since very few people have a clue on how to deal with the disentanglement, which a hard Brexit would necessitate. It may be that in the end a large portion of the EU legal ‘acquis’ of before June 2016 will just simply be relabeled UK law, to avoid part of that unravelling mess.

Independently from the fact, that it would not be uninteresting to challenge all the remaining 27 EU Prime Ministers to deliver their own versions of a Europe speech like May’s, no longer hiding all the national peculiar egotisms which paralyzes Europe, at a deeper level something else is revealed. What emerges all around the Western world in response to the real and complex economic and social-cultural challenges is a trend which proposes a flight back into an imagery of regaining ‘a great nation’ which upon sober reflection never existed.

“Making America great again”, “Making Great-Britain great again”, “Maak Nederland Weer van Ons”: these slogans pop-up all over the place. Superficially speaking ‘We want our country back’ sounds like a legitimate desire. Every human being wishes to feel ‘home’, somewhere. But if you dig deeper into what the ‘lost nation’ stands for, the responses are rather diverse to the point of being totally incompatible. Nobody, especially not the young, have any desire to return to the 1950s (for them the prehistoric land before internet and cell-phones). Nobody wishes to relax at night in front of a television set broadcasting two national channels in black-and-white. Nobody wishes to revive working conditions that kill off people before the age of 45. And most women do not want to find themselves fulltime behind the kitchensink again.  So ‘our land’ is a very blurred metaphore, echoing very different senses of belonging, familiarity, and control. Powerful, so it appears, but the conversation about what the ‘great nation’ really means has barely started. And thus, instead of being in a back-to-the-future scenario, we find ourselves in a controversial ff-to-a-past-that-never-existed scheme.  This does not constitute a very productive route to follow and thus demands from us –urgently – clear alternatives.